De Albuquerque, Catarina: Chronicle of an Announced Birth: The Coming into Life of the Optional Protocol to the International Covenant on Economic, Social and Cultural Rights-The Missing Piece of the International Bill of Human Rights 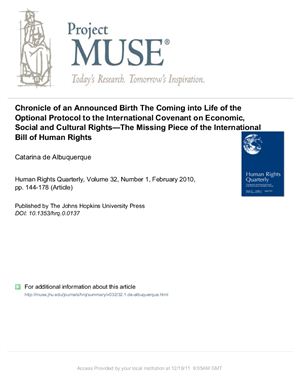 Abstract:
At the 2009 Treaty Event held at UN Headquarters in New York, twentynine states signed the Optional Protocol to the Inteational Covenant on Economic, Social and Cultural Rights. This new treaty had been adopted by consensus of the United Nations General Assembly on 10 December 2008, after decades of discussions and a surprisingly short nine months of intergovemental negotiations over a draft. This article aims to share some of the history of discussions on economic, social, and cultural rights and on an optional protocol to the Social Rights Covenant within the United Nations. It also intends to show how this debate has evolved up until now, especially during the discussions within the UN open-ended working group on an optional protocol.
Похожие разделы
Смотрите также 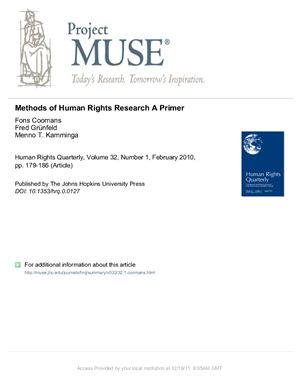 Статья
Human Rights Quarterly Volume 32, Number 1, February 2010 pp. 179-186 Subject Headings: Human rights - Research. Abstract: This article suggests that research in the field of human rights, especially when it is legal in nature, tends to devote surprisingly little attention to questions of methodology. This may be a result of the fact that human rights scholars often are (former) human rights activists. Dispensing with methodological constraint... 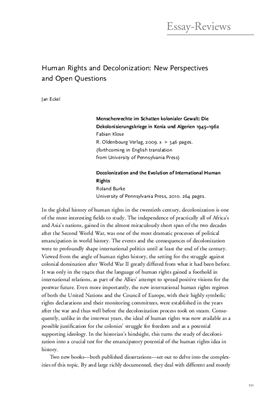 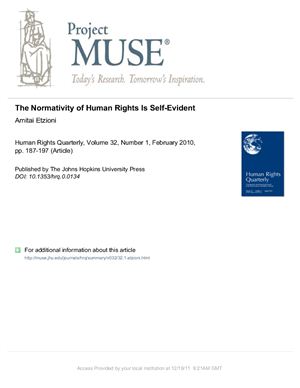 Etzioni, Amitai: The Normativity of Human Rights Is Self-Evident

Статья
Human Rights Quarterly Volume 32, Number 1, February 2010 pp. 187-197 Subject Headings: Human rights - Moral and ethical aspects. Abstract: Attempts to justify human rights in terms of other sources of normativity unwittingly weaken the case of human rights. Instead these rights should be treated as moral causes that speak to us directly, as one of those rare precepts that are self-evident. All will hear self-evident moral claims unless they... 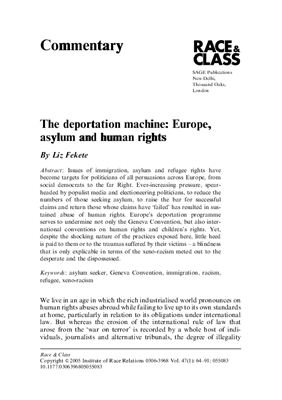 Статья
Institute of Race Relations Vol. 47(1): 64–91 Abstract: Issues of immigration, asylum and refugee rights have become targets for politicians of all persuasions across Europe, from social democrats to the far Right. Ever-increasing pressure, spearheaded by populist media and electioneering politicians, to reduce the numbers of those seeking asylum, to raise the bar for successful claims and return those whose claims have ‘failed’ has resulted in... 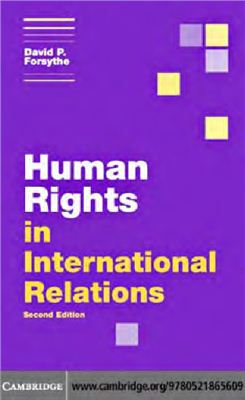 Cambridge University Press, 2006. 285 p. This new edition of David Forsythe’s successful textbook provides an authoritative overview of the place of human rights in international politics in an age of terrorism. The book focuses on four central themes: the resilience of human rights norms, the importance of soft law, the key role of non-governmental organizations, and the changing nature of state sovereignty. Human rights standards are examined... 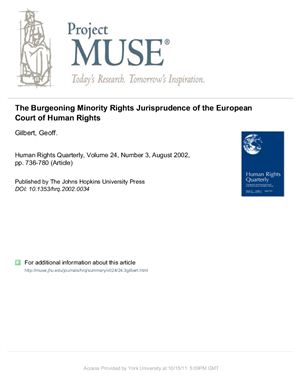 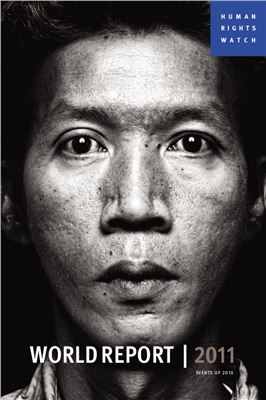 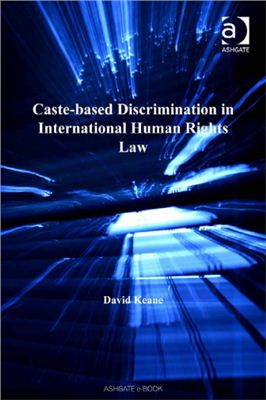 Ashgate, 2007. 301 р. ISBN:0754671720 Presenting an analysis of the elimination of racial discrimination in international law, this book assesses the movement against racial discrimination, which has dominated human rights discourse since the UN's inception. It evaluates the strategies that have informed the work of the UN treaty-based and charter-based bodies in this area, and maps a new path that moves from standard-setting to implementation.... 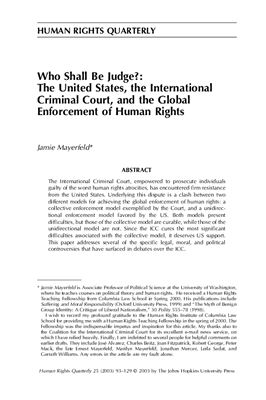 Mayerfeld J.Who Shall Be Judge? :The United States, the InternationalCriminal Court, and the Global Enforcement of Human Rights

Статья
Human Rights Quarterly 25 (2003) 93–129 © 2003 by The Johns Hopkins University Press The International Criminal Court, empowered to prosecute individuals guilty of the worst human rights atrocities, has encountered firm resistance from the United States. Underlying this dispute is a clash between two different models for achieving the global enforcement of human rights: a collective enforcement model exemplified by the Court, and a unidirectiona... 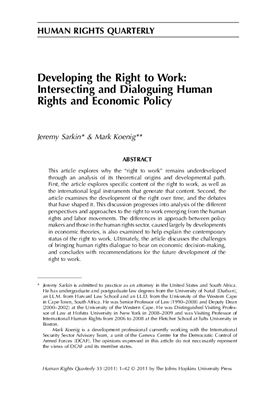 Статья
Human Rights Quarterly, Volume 33, Number 1, February 2011, pp. 1-42 This article explores why the right to work remains underdeveloped through an analysis of its theoretical origins and developmental path. First, the article explores specific content of the right to work, as well as the international legal instruments that generate that content. Second, the article examines the development of the right over time, and the debates that have shape...