Mcnaughton, A.R. Taz Selkup - the phonology and morphology of the verb 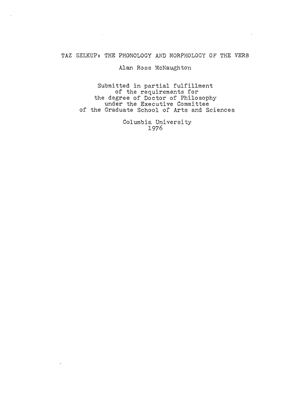 This study is a synchronic investigation of the morphology of the entire verbal system of the Taz dialect of Selkup Samoyed through an attempt to account, as economically as possible, for the shapes of the verbal forms.

K?nnap A. Enets (Languages of the World / Materials 186). - Lincom Europa, 1999. - 64 p. By Ago Enets is one of the Samoyed languages, fairly little investigated but of considerable interest from the point of view of historical linguistics. The native speakers of Enets live in Siberia, on the eastern bank of the Yenisey River, close to the estuary of the river. The written records about Enets were first fixed in the 17th century. Now there are...