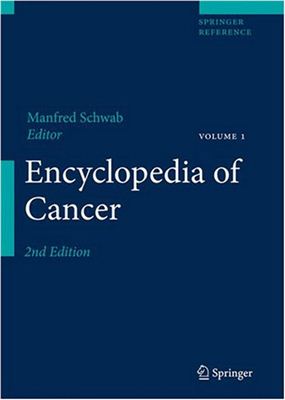 Cancer, although a dreadful disease, is at the same time a fascinating biological phenotype. Around 1980, cancer was first attributed to malfunctioning genes and, subsequently, cancer research has become a major area of scientific research supporting the foundations of mode biology to a great extent. To unravel the human genome sequence was one of those extraordinary tasks, which has largely been fuelled by cancer research, and many of the fascinating insights into the genetic circuits that regulate developmental processes have also emerged from research on cancer.
Diverse biological disciplines such as cytogenetics, virology, cell biology, classical and molecular genetics, epidemiology, biochemistry, together with the clinical sciences, have closed ranks in their search of how cancer develops and to find remedies to stop the abnormal growth that is characteristic of cancerous cells. In the attempt to establish how, why and when cancer occurs, a plethora of genetic pathways and regulatory circuits have been discovered that are necessary to maintain general cellular functions such as proliferation, differentiation and migration.Claims of the Paranormal. This group believed that they were spokesmen for the scientific establishment.
Похожие разделы
Смотрите также

An indispensable high-yield review for the USMLE Step 2 CK! The seventh edition of First Aid for the USMLE Step 2 CK is written by medical students who successfully passed the exam and reviewed by top faculty. The result is proven information and strategies that maximize your study time and deliver the results you want! Features: *Thousands of must-know facts that summarize frequently tested topics *Completely updated based on feedback from stude...

Словарь
Looking for eyecare information in one complete, pocket-size resource? Want to be able to find terms, concepts and the latest conditions at a glance? Quick Reference Dictionary of Eyecare Terminology is the industry standard and is now available in an updated fourth edition. New to this fourth edition are over 3,300 terms (over 300 more than the last edition) and 24 appendices (3 more than the last edition). A wide range of prevalent eyecare topi...

Справочник
5th Edition 2007 The Professional Guide to Signs & Symptoms, Fifth Edition, is designed to give students and practitioners a concise reference to many of the signs and symptoms encountered in clinical practice. This edition has been fully updated, with the addition of signs and symptoms associated with such critical emerging diseases as avian influenza, monkeypox, and norovirus infection. New sections on several syndromes are included, such a...

Энциклопедия
2nd ed. Thomson Gale. 2001. 3500 p. The Gale Encyclopedia of Medicine 2 is a medical reference product designed to inform and educate readers about a wide variety of disorders, conditions, treatments, and diagnostic tests. The Gale Group believes the product to be comprehensive, but not necessarily definitive. It is intended to supplement, not replace, consultation with a physician or other healthcare practitioner. While the Gale Group has made...

Narins B. (ed.) The Gale Encyclopedia of Genetic Disorders

Энциклопедия
2nd ed. Thomson Gale. 2005. 1582 p. The rapid progress in genetic research, including the completion of the Human Genome Project, made a new edition of The Gale Encyclopedia of Genetic Disorders a necessity. Compiled by genetic counselors, physicians, and medical writers, the encyclopedia explains genetic and congenital disorders in lay language. The 400 alphabetical, signed entries cover genetic disorders ( Down syndrome, Sickle cell disease);...

Naris В. The Gale Encyclopedia of Surgery and Medical Tests

Энциклопедия
All rights reserved. No part of this book may be reproduced or utilized in any form or by any means, electronic or mechanical, including photocopying, recording, or by any information storage or retrieval systems, without permission in writing from the publisher. For information contact: Facts On File, Inc. An imprint of Infobase Publishing, Inc. 132 West 31st Street New York NY 10001 Library of Congress Cataloging-in-Publication Data Newton, Mic...

Энциклопедия
Articles: Capacitive Microsensors for Biomedical Applications – Drug Infusion Systems. 2nd Edition. John Wiley & Sons, Inc., 2006. – 544 pages. This six-volume work is an alphabetically organized compilation of almost 300 articles that describe critical aspects of medical devices and instrumentation. It is comprehensive. The articles emphasize the contributions of engineering, physics, and computers to each of the general areas of anesthesiol...