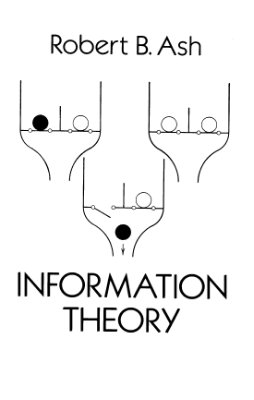 Statistical communication theory is generally regarded as having been founded by Shannon A948) and Wiener A949), who conceived of the communication situation as one in which a signal chosen from a specified class is to be transmitted through a channel, but the output of the channel is not determined by the input. Instead, the channel is described statisti- statistically by giving a probability distribution over the set of all possible outputs for each permissible input. At the output of the channel, a received signal is observed, and then a decision is made, the objective of the decision being to identify as closely as possible some property of the input signal.
The Shannon formulation differs from the Wiener approach in the nature of the transmitted signal and in the type of decision made at the receiver. In the Shannon model, a randomly generated message produced by a source of information is "encoded," that is, each possible message that the source can produce is associated with a signal belonging to a specified set. It is the encoded message which is actually transmitted. When the output is received, a "decoding" operation is performed, that is, a decision is made as to the identity of the particular signal transmitted. The objectives are to increase the size of the vocabulary, that is, to make the class of inputs as large as possible, and at the same time to make the probability of correctly identifying the input signal as large as possible. How well one can do these things depends essentially on the properties of the channel, and a fundamental conce is the analysis of different channel models. Another basic problem is the selection of a particular input vocabulary that can be used with a low probability of error.
In the Wiener model, on the other hand, a random signal is to be communicated directly through the channel; the encoding step is absent. Furthermore, the channel model is essentially fixed. The channel is generally taken to be a device that adds to the input signal a randomly generated "noise." The "decoder" in this case operates on the received signal to produce an estimate of some property of the input. For example, in the prediction problem the decoder estimates the value of the input at some future time. In general, the basic objective is to design a decoder, subject to a constraint of physical readability, which makes the best estimate, where the closeness of the estimate is measured by an appropriate criterion. The problem of realizing and implementing an optimum de- decoder is central to the Wiener theory.