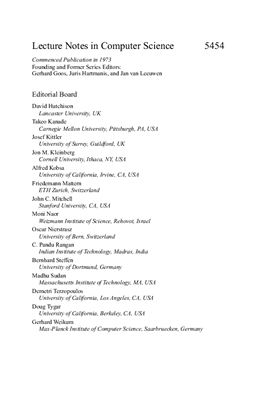 The growing complexity of mode software systems increases the difficulty of ensuring the overall dependability of software-intensive systems. Complexity of environments, in which systems operate, high dependability requirements that systems have to meet, as well as the complexity of infrastructures on which they rely make system design a true engineering challenge.
Mastering system complexity requires design techniques that support clear thinking and rigorous validation and verification. Formal design methods help to achieve this. Coping with complexity also requires architectures that are tolerant of faults and of unpredictable changes in environment. This issue can be addressed by fault-tolerant design techniques. Therefore, there is a clear need of methods enabling rigorous modelling and development of complex fault-tolerant systems.
This book addresses such acute issues in developing fault-tolerant systems as:
– Verification and refinement of fault-tolerant systems
– Integrated approaches to developing fault-tolerant systems
– Formal foundations for error detection, error recovery, exception and fault handling
– Abstractions, styles and pattes for rigorous development of fault tolerance
– Fault-tolerant software architectures
– Development and application of tools supporting rigorous design of dependable systems
– Integrated platforms for developing dependable systems
– Rigorous approaches to specification and design of fault tolerance in novel computing systems
The editors of this book were involved in the EU (FP-6) project RODIN (Rigorous Open Development Environment for Complex Systems), which brought together researchers from the fault tolerance and formal methods communities. In 2007 RODIN organized the MeMoT workshop1 held in conjunction with the Integrated Formal Methods 2007 Conference at Oxford University. The aim of this workshop was to bring together researchers who were interested in the application of rigorous design techniques to the development of fault-tolerant software-intensive systems.
We proposed to the authors of the best workshop papers to expand their work and a number of well-established researchers working in the area to write invited chapters. This book contains the refereed and revised papers that came in response. Twelve of the papers are reworked from the workshop; three papers are invited.

Издательство Springer, 2008, -830 pp. As we move toward the 21st century, the techniques, tools, technologies, and subject matter of applications development are changing radically. Globalization of the work place is impacting IS development as well, by pressuring organizations to strive for competitive advantage through automation, among other methods. Strategic IS, reusable designs, downsizing, right-sizing, multimedia databases, and reusable...

Издательство Springer, 1997, -288 pp. Formal methods in computer science aim at a scientific foundation on which methods and tools for practical system construction can be based. Practice requires methods for the specification of software systems, tools for checking specifications for syntactic consistency, and support for generation of code from specifications, as well as tools for proving the correctness of manually produced code with respect...

Masterminds of Programming: Conversations with the Creators of Major Programming Languages

Publisher: O'Reilly Publication: 2009, English ISBN: 9780596515171 Pages: 494 Masterminds of Programming features exclusive interviews with the creators of several historic and highly influential programming languages. In this unique collection, you'll learn about the processes that led to specific design decisions, including the goals they had in mind, the trade-offs they had to make, and how their experiences have left an impact on programming...

Published by by John Wiley & Sons, Inc., Hoboken, New Jersey © 2004. 2rd edition. ISBN: 0-471-46912-2, 151 pages. This long-awaited revision of a bestseller provides a practical discussion of the nature and aims of software testing. You'll find the latest methodologies for the design of effective test cases, including information on psychological and economic principles, managerial aspects, test tools, high-order testing, code inspections, a...

Wiley-Interscience, 2005. - 440 p. - ISBN: 0471713457 The one resource needed to create reliable software This text offers a comprehensive and integrated approach to software quality engineering. By following the author's clear guidance, readers learn how to master the techniques to produce high-quality, reliable software, regardless of the software system's level of complexity. The first part of the publication introduces major topics in softwa...