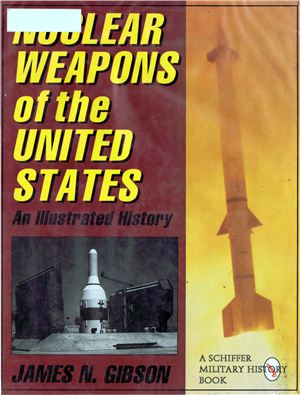 On 16 July, 1945, an event occurred that changed the world forever. At 5:29 AM Mountain War Time (4:49 AM standard time), on an empty stretch of desert 60 TI.iles from Alamogordo
New Mexico, a gigantic explosion occurred. So powerful was this blast that the earth noticeably shook for 30 miles around. So brilliant was the light, it was visible 200 miles away at Los Alamos. In all a blast equal to 20 thousand tons of TNT. And yet all this destructive power came from a
spherical device about six feet in diameter and weighing only 5 tons. This device was the Gadget, the test device for the Fat Man bomb. Twenty-one days later the Little Boy bomb was dropped
on Hiroshima, Japan. In a few seconds this beautiful city was reduced to ashes and 70,000 of its citizens were dead or dying. Three days later, on 9 August 1945, Nagasaki was destroyed by
the Fat Man at the cost of an additional 35,000 people. These events effectively mark the end of the Second World War, the bloodiest war in human history. They also mark the beginning
of the atomic age that many of us have grown up in. Last year we marked the fiftieth anniversary of the use of these bombs to end that war. This use has become controversial, primarily because most people were not even bo until after the war ended. It is impossible to judge the actions of those involved in these events, however, when the only information you have is your high school history class lecture on the war. The same can be said about the whole history ofU.S. nuclear
weapons. Of the fifty year period between today and the Fat Man, few Americans even know how many nuclear weapons this country has produced or what they were for. Many Americans,
in fact, believe many previous U.S. systems never existed, believing this because of previous
Похожие разделы
Смотрите также

Springer, 2011 - 227 p. Criminal enterprises are growing in sophistication. Terrorism is an ongoing security threat. The general public is more knowledgeable about legal matters. These developments, among others, necessitate new methods in police work and in training new recruits and in-service officers. Given these challenges, improvements in training are a vital means of both staying ahead of lawbreakers and delivering the most effective servi...

Haskew M. The Sniper at War

London: Amber Books LTD, 2004. - 192 p. Printed in Italy Nothing chills the blood of a soldier on the battle field more than the crack of a rifle shot and the cry of Sniper! A skilled sniper can stop even large units in their tracks and damage the enemys morale. The Sniper at War looks at the impact and role of the sniper from the American Revolution to the present day. From the very beginning, snipers risked their lives for the chance of a cle...

Washington, D. C. : Center of Military History United States Army, 1990. - 162 p. he Admiralties: Operations of the 1st Cavalry Division (29 February-18 May 1944) is one of a series of fourteen studies of World War II operations originally published by the War Department's Historical Division and now returned to print as part of the Army's commemoration of the fiftieth anniversary of that momentous clash of arms.