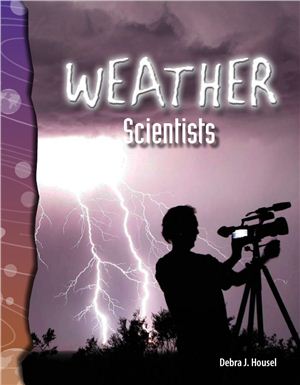 Long ago, weather was a mystery. People thought the gods made the weather. The ancient
Greeks believed the god Zeus sent lightning bolts to the earth when he got angry. People believed the myths because they had no other way to understand weather. No one knew
how to measure heat, cold, or wind.

In 1564, Galileo Galilei was bo in Italy. He was interested in many things. He could paint and
play music, but he also loved science. He solved the mystery of how to measure heat and cold. He did this by making the first thermometer. His work and his life led others to study science, too.
Похожие разделы
Смотрите также

NASA Goddard Space Flight Center, Springer, New York, London, 2010, 513 pp. - ISBN 978-0-387-36628-9 Only a few centuries ago, we knew very little about our planet Earth. The Earth was considered flat by many although it was postulated by a few like Aristotle that it is spherical based on observations that included the study of lunar eclipses. Much later, Christopher Columbus successfully sailed to the West to discover the New World and Ferdinand...

Cambridge University Press, 2007, 308 pages This new edition of Human Impacts on Weather and Climate examines the scientific and political debates surrounding anthropogenic impacts on the Earth's climate and presents the most recent theories, data and modeling studies. The book discusses the concepts behind deliberate human attempts to modify the weather through cloud seeding, as well as inadvertent modification of weather and climate on the re...

Chelsea House, New York, 2008, 199 p. Dana Desonie, Ph.D. , has written about the earth, ocean, space, life, and environmental sciences for more than a decade. Her work has appeared in educational lessons, textbooks and magazines, and on radio and the Web. Though climate change is normal in Earth's history, global warming has raised average temperatures to their highest in two millennia, resulting in melting ice caps, shorter winters, changes i...

McGraw-Hill Professional, 2005. - 323 pages. From showers to hurricanes, from heat waves to global warming, weather and climate are important not only to budding meteorologists but also to those in the fields of aviation, earth science, and the environment. In Meteorology Demystified, best-selling author Stan Gibilisco, writing with his usual entertaining and informative style and flair, provides a complete foundation of essential physical and s...

Springer Science+Business Media, 2011, 225 pages SCIAMACHY, the SCanning Imaging Absorption spectroMeter for Atmospheric CHartographY, is a passive sensor for exploring the Earth’s atmosphere. It is part of the payload of the European Earth Observation mission ENVISAT, launched on 1 March 2002. SCIAMACHY observes absorption spectra of molecules from the UV (214 nm) to the short-wave infrared wavelength range (2386 nm) and derives the atmospher...

Rittner D. A to Z of Scientists in Weather and Climate

Notable Scientists, 2003. - 273 pages. Clearly written and well organized and aim to include male and female contributors in their fields. The authors have included 115 scientists from varied educational and economic backgrounds, many countries, and different time periods. Arrangement is alphabetical by last name, with most entries one or two pages long. Introducing each essay is basic biographical information (birth and death dates, nationalit...

Second Edition, University of Washington, Academic Press, Amsterdam, London, New York, 2006, 505 pp. – ISBN 13: 978-0-12-732951-2 In the 30 years that have passed since we embarked on the first edition of this book, atmospheric science has developed into a major field of study with far-reaching scientific and societal implications. Topics such as climate and atmospheric chemistry, which were not deemed sufficiently important to warrant chapters o...