Jackendoff Ray. Patterns In The Mind: Language And Human Nature 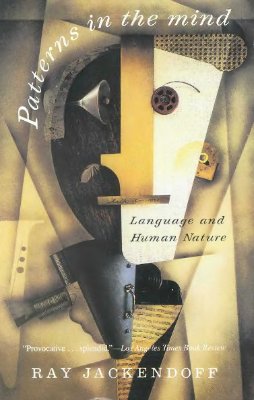 Publisher: Basic Books.
Publication date: 1995.
Number of pages: 256.
Format / Quality: DJVU.
From Library Joual.
In the late 1950s, Noam Chomsky revolutionized linguistics by proposing that the infant's ability to lea language cannot be explained by simple leaing principles but is dependent upon the existence of complex, innate mental structures. Jackendoff explains the current state of Chomskyan theory by organizing his book around the question "What do we need in order to be able to talk? " In order to find an answer, he reviews fascinating material from developmental psychology, neurology, and the cognitive sciences as well as linguistics. He goes beyond the standard linguistics arguments to posit the existence of parallel mental structures goveing other processes such as music and vision. The author is that rare creature, an academic who can convey his fascination with his field to the general reader. Highly recommended for all academic libraries, as well as for public libraries serving an educated populace.
- Mary Ann Hughes, Neill P.L. , Pullman, Wa.
From Booklist.
Jackendorf updates the ground-breaking investigation into human language introduced by Noam Chomsky as "generative linguistics, " in a conversational, accessible style. After reviewing current language theories, he links language to broader human capabilities, his ideas founded on the hypothesis that there exists a genetically determined specialization for language that embeds grammatical principles within the human brain. Human experience, in this view, is constructed out of such principles, which operate in music, vision, and, most speculatively, in social organization. Jackendorf also introduces the reader to research suggesting that there are structural similarities between signed and spoken language, that creole languages are created by children, and that there is a link among adult language impairments, language development in children, and the age factor in both. Helpful restatements at chapter ends and a reading list organized by topic encourage mastery of areas only touched upon in Jackendorf's discussion. Virginia Dwyer.
Смотрите также

N. Y. : Cambridge Univ. Press, 2006.— xviii, 190 p. This is the long-awaited third edition of Chomsky’s outstanding collection of essays on language and mind. The first six chapters, originally published in the 1960s, made a groundbreaking contribution to linguistic theory. This new edition complements them with an additional chapter and a new preface, bringing Chomsky’s influential approach into the twenty-first century. Chapters 1—6 present Ch...

Cambridge University Press, 2002 - Language Arts & Disciplines - 341 p. Comparison of the grammars of human languages reveals systematic patterns of variation. Typology and universals research uncovers those patterns to formulate universal constraints on language and seek their exploration. In this essential textbook, William Croft presents a comprehensive introduction to the method and theory used in studying typology and universals. The the...

Why does human language vary from one person, or one group, to another? In what ways does it vary? How do linguists go about studying variation in, say, the sound system or the sentence structure of a particular language? Why is the study of language variation important outside the academic world, in say education, the law, employment or housing? This book provides an overview of these questions, bringing together a team of experts to survey key...

Ed. by R. Botha and Ch. Knight. The Cradle of Language

This book is the first to focus on the African origins of human language. It explores the origins of language and culture 250,000-150,000 years ago when modern humans evolved in Africa. Scholars from around the world address the fossil, genetic, and archaeological evidence and critically examine the ways it has been interpreted. The book also considers parellel developments among Europe's Neanderthals and the contrasting outcomes for the two spec...

Fitch W.T. The evolution of language

Publisher: Cambridge University Press; 1 edition (May 17, 2010); ISBN-10: 052167736X; ISBN-13: 978-0521677363; Length: 622 pages. Any normal human child will learn a language based on rather sparse data in the surrounding world, while even the brightest chimpanzee, exposed to the same environment, will not. Why not? How, and why, did language evolve in our species and not in others? Since Darwin's theory of evolution, questions about the origin o...

Whether you are studying education, languages, psychology, anthropology, English, or teaching English as a Second Language (TESL), AN INTRODUCTION TO LANGUAGE, International Edition, offers the information you need in a clear and descriptive manner that assumes no prior knowledge of linguistics. The Nature of Human Language. Grammatical Aspects of Language. The Biology and Psychology of Language. Language and Society.

Publisher: Cambridge University Press. Date : 2010. Pages : 262. Format : PDF. Language demonstrates structure while also showing considerable variation at all levels: languages differ from one another while still being shaped by the same principles; utterances within a language differ from one another while exhibiting the same structural patterns; languages change over time, but in fairly regular ways. This book focuses on the dynamic processes...

Seuren Pieter A.M. Language in Cognition: Language From Within Volume I

Pages: 403 Publisher: Oxford University Press (2009) Quality: good: pdf Language in Cognition argues that language is based on the human construal of reality. Humans refer to and quantify over virtual entities with the same ease as they do over actual entities: the natural ontology of language, the author argues, must therefore comprise both actual and virtual entities and situations. He reformulates speech act theory, suggesting that the primar...

The Prehistory of Language (Ed. by R. Botha and Ch. Knight)

'When, why, and how did language evolve? ' 'Why do only humans have language? ' This book looks at these and other questions about the origins and evolution of language. It does so via a rich diversity of perspectives, including social, cultural, archaeological, palaeoanthropological, musicological, anatomical, neurobiological, primatological, and linguistic. Among the subjects it considers are: how far sociality is a prerequisite for language; t...