Jelonek M.P. Toward an Air and Space Force: Naval Aviation and the Implications for Space Power 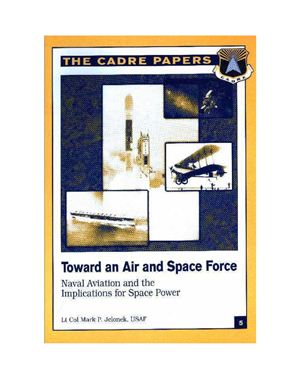 The challenge of transforming the US Air Force into a truly integrated aerospace force is a pressing issue for our service. In Toward an Air and Space Force: Naval Aviation and the Implications for Space Power, Lt Col Mark P. Jelonek uses the historical analogy of the US Navy’s integration of aviation dur ing the interwar period as a possible model for the comprehensive integration of space into the operational Air Force. Defining integration as the evolutionary process by which a new technology (aviation in the Navy and space power in the Air Force) becomes an inseparable part of the military service, Colonel Jelonek describes the various policies pursued by the sea service to integrate aviation into the fleet.
Похожие разделы
Смотрите также 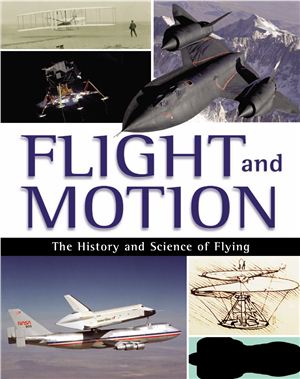 Anderson D., Graham I., Williams B. Flight and Motion: The History and Science of Flying

M.E. Sharpe, 2009. 440 p. ISBN:0765681005 Designed for readers from grade 6 and up, this lavishly illustrated set provides comprehensive coverage of the history of aviation, including space flight, as well as the science and technology on which it depends. Detailed A-Z entries trace the development of human flight from ancient myths and legends through today's space exploration, highlighting scientific discoveries and innovations that made avia... 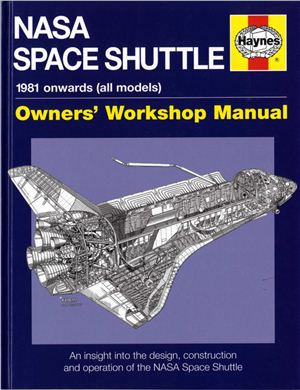 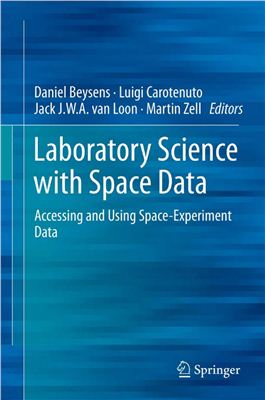 Springer-Verlag, Berlin, 2011, 215 pages For decades experiments conducted on space stations like MIR and the ISS have been gathering data in many fields of research in the natural sciences, medicine and engineering. The EU-sponsored Ulisse Internet Portal provides metadata from space experiments of all kinds and links to the data. Complementary to the portal, this book will serve as handbook listing space experiments by type of infrastructure,... 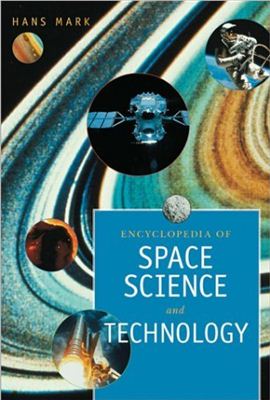 Wiley-Interscience, 2003 p. 1831 p. ISBN:0471324086 The Encyclopedia covers a variety of fundamental topics, including: A state-of-the-art summary of the engineering involved in launching a rocket or satellite The control systems involved on the ground, in orbit, or in deep space Manufacturing in space from planetary and other resources 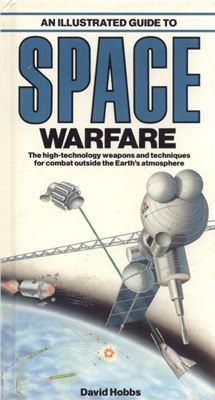 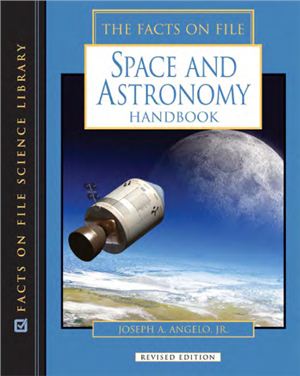 Facts on File, 2009. - 342 p. - ISBN: 0816073880 In order to comprehend the universe and how it works, one must first have a firm understanding of astronomy and space exploration. "The Facts on File Space and Astronomy Handbook, Revised Edition" is a thoroughly revised and updated edition of a popular and comprehensive reference. With special emphasis on the most recent planetary exploration missions, including NASA's Phoenix lander as well as N... 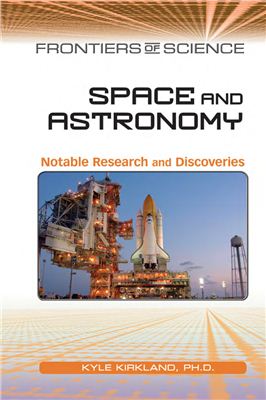 Facts on File, 2010. - 189 p. - ISBN: 0816074453 Some daring explorers like to study distant frontiers by venturing out into them, but others prefer to study them by bringing them, or representative samples, a little closer to the lab. Both options are pursued in the fields of space and astronomy. Space exploration and astronomy are intricately linked and are examined in-depth in this guide. Dedicated to the scientists who explore the frontiers... 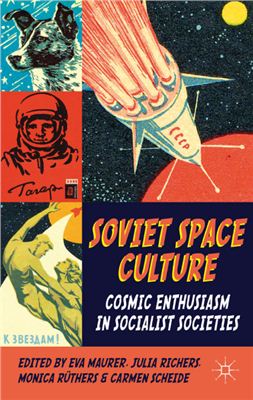 Palgrave Macmillan, 2011, 323 pages Starting with the first man-made satellite 'Sputnik' in 1957 and culminating four years later with the first human in space, Yuri Gagarin, space became a new utopian horizon. This book explores the profound repercussions of the Soviet space exploration program on culture and everyday life in Eastern Europe, especially in the Soviet Union itself. Spirituality, Transcendence and Soviet Utopianism Remembering Spa... 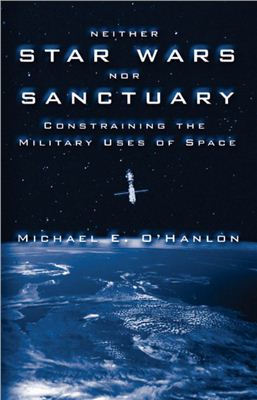 Michael E. O’Hanlon / Майкл Е. О'Хэнлон - Star wars nor sanctuary. Constraining the military uses of space. / Звездные войны, ограничение военного использования космического пространства. [2004, PDF, ENG] ISBN: 0-8157-6456-1 191 стр. Land, sea, and air—those are three environments where wars are waged. That is why the United States, like most countries, has three branches of armed forces: an army, a navy, and an air force. But with the onrush of... 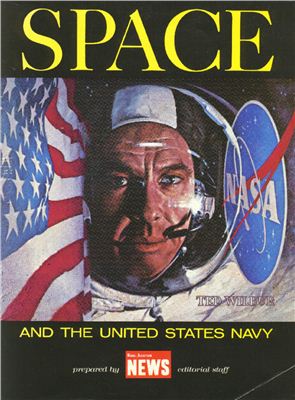 Naval Aviation News, 1970. - 80 p. This monograph has been out of print for many years and paper copies are no longer available through the Naval Aviation History Branch or the Government Printing Office. This electronic version has been placed on the Naval Historical Center's homepage because it is an excellent reference source for information about the Navy's role in space. As an electronic document, there is a compromise between picture quali...