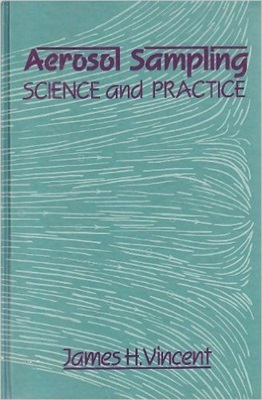 Описание: Теория и практика пробоотбора аэрозолей.
Preface
The study of the behaviour of aerosols has been an acknowledged branch of science in its own right ever since man became aware that ordinary atmospheric air consisted not only of gas molecules but also suspended particles of matter—liquid or solid. Its practical importance was also recognized at an early stage, notably that the presence of airboe particles— although inevitable—is usually undesirable from the point of view not only of human health but also atmospheric visibility, climate and general nuisance (e.g. 'dustiness'). The need to measure aerosols thus became closely linked with our attempts to control and limit them. A substantial part of applied aerosol science has always been directed towards this need, with aerosol sampling predominant. As a result, the science and practice of aerosol sampling has been the subject of a large number of individual scientific papers and featured in many books. There have appeared several dedicated handbooks that provide information for aerosol sampling practitioners (e.g. engineers, industrial and environmental hygienists, etc.), aimed at aiding them in the selection and use of practical instruments for specific tasks. The excellent and comprehensive Air Sampling Instruments published by the American Conference of Govemental Industrial Hygienists (and now in its sixth edition) springs to mind. However, no specialized book has yet (to my knowledge) appeared that deals with aerosol sampling as an applied scientific subject whilst linking it up with the needs of practical sampling in the 'real world'. It was after the ACGIII Air Sampling Symposium at Asilomar (Califoia) in February 1987 (influenced by the discussions which took place there) that I decided to try to fill that gap. This book is the result. In it, I have set out to provide a text which complements the air sampling handbooks referred to (particularly the ACGIII volume) whilst extending the physical treatments contained in other, wider-ranging aerosol science books.
1 first became interested in particle transport when, as a graduate student of physics, I studied electrical conduction in gases. There the 'particles' were electrons and ions. Later, having been diverted into research in electrostatic precipitation, the range of particles to be studied was extended to include aerosols. Later still, that interest widened further to encompass aerosols in practical occupational and environmental hygiene—and hence aerosol sampling. The fact that considerable portions of this book are conceed with the work of myself and close colleagues (especially that conducted_____
Купить и скачать книгу "Sampling"
Похожие разделы