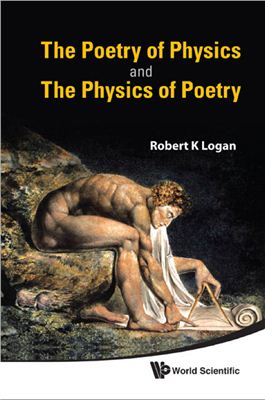 This is a textbook for a survey course in physics taught without mathematics, that also takes into account the social impact and influences from the arts and society. It combines physics, literature, history and philosophy from the dawn of human life to the 21st century. It will also be of interest to the general reader.
This book attempts to remedy this classical situation by communicating the ideas of physics to the reader without relying on mathematics. Mathematical formulae are used, but only after the concepts have been carefully explained. The math will be purely supplementary and none of the material developed later in the book will depend on these formulae. The role of a mathematical equation in physics is also described. To repeat the mathematics is purely supplementary. This book is written explicitly for the people who have difficulty with the mathematics but wish to understand their physical universe. Although all fields of physics are covered the reader will find a bit more emphasis on the mode physics that emerged in the beginning of the 20th century with quantum mechanics and Einstein’s theory of relativity. The reason for this is that this physics is less intuitive than classical physics and hence requires more of an explanation.
A second aim of the book is to understand the nature of science and the role it plays in shaping both our thinking and the structure of our society. We live in times when many of the decisions in our society are made by professionals claiming scientific expertise. Science is the password today with those who study social and political problems. They label themselves social scientists and political scientists. It is, therefore, vital to the survival of our society that there exists a general understanding of what science is, what it can do and perhaps most importantly what it cannot do.
Похожие разделы
Смотрите также

Elsevier Academic Press, 2008, 312 pages A deep yet accessible analysis of the physics of light and sound, and how our eyes and ears detect them, is not only intellectually enjoyable, but also useful to understand and interpret the world in which we live, all the phenomena that take place around us, and how we perceive them. In short, how we interface with our planet, its inhabitants, and their creations. Understanding the physics of light and...

Wiley Publishing, Inc., 2004, 384 pages Does just thinking about the laws of motion make your head spin? Does studying electricity short your circuits? Do the complexities of thermodynamics cool your enthusiasm? Thanks to this book, you don’t have to be Einstein to understand physics. As you read about Newton’s Laws, Kepler’s Laws, Hooke’s Law, Ohm’s Law, and others, you’ll appreciate the For Dummies law: The easier we make it, the faster peopl...

Kaku Michio, Thompson Jennifer. Beyond Einstein: Superstrings and the Quest for the Final Theory

1997, Oxford University Press , 260 р. What is superstring theory and why is it important? Can superstrings offer the fulfilment of Einstein's lifelong dream of a Theory of Everything? Co-authored by Michio Kaku, one of the leading pioneers of superstrings, this is a thrilling account of the discoveries that have led scientists to the brightest new prospect in theoretical physics today. With all the excitement of a detective story, this book con...

Prometheus Books, 2004, 363 pages When scientists peer through a telescope at the distant stars in outer space or use a particle-accelerator to analyse the smallest components of matter, they discover that the same laws of physics govern the whole universe at all times and all places.Physicists call the eternal, ubiquitous constancy of the laws of physics symmetry. Symmetry is the basic underlying principle that defines the laws of nature and h...

Rogers E.M. Physics for the Inquiring Mind: The Methods, Nature, and Philosophy of Physical Science

Princeton University Press, 1960, 778 pages In our scientific age an understanding of physics is part of a liberal education. Lawyers, bankers, governors, business heads, administrators, all wise educated people need a lasting understanding of physics so that they can enjoy those contacts with science and scientists that are part of our civilization both materially and intellectually. They need knowledge and understanding instead of the feelin...

Serres M. The Birth of Physics

Clinamen Press Ltd., Manchester, 2000, Pages: 197 The Birth of Physics focuses on the largest text still intact to reach us from the Ancient Greek Atomists - Lucretius' De Rerum Natura - but mobilises everything we know about the related scientific work of the time (Archemides, Epicurus et al) in order to demand a complete reappraisal of the legacy. Serres argues that the Greeks had all the mathematical resources to formulate an adequate picture...

Tarantola A. Elements for Physics: Quantities, Qualities, and Intrinsic Theories

Viennot L. Reasoning in Physics: The Part of Common Sense

Kluwer Academic Publishers , 2004, 230 pages For a meaningful understanding of physics, it is necessary to realise that this corpus of knowledge operates in a register different from natural thought. This book aims at situating the main trends of common reasoning in physics with respect to some essential aspects of accepted theory. It analyses a great many research results based on studies of pupils and students at various academic levels, invo...