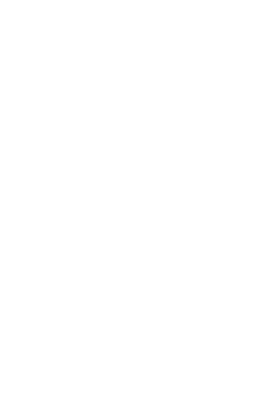 Page, professor of history at East Tennessee State University, has edited a work that deals with "mode" colonialism, from about 1400 C.E. to the present. Its intended audience is high-school students, undergraduates, and the general public. There are more than 600 entries varying in length from half a page to four and a half pages. Entries cover geographical concepts and entities (Angola, Johannesburg, Spanish empire, U.S. empire) ideas (Absolutism, Pacifism) events (Boxer Rebellion, Crimean War, Lewis and Clark expedition) peoples (Incas, Kurds, Puritans) and individuals (Dean Acheson, Christopher Columbus, Rudyard Kipling, V. S. Naipaul), among a slew of other topics. The documents section that comprises volume 3 includes material like the Monroe Doctrine, Ho Chi Minh's Independence Speech, and the U.S. Declaration of Independence. Page is no stranger to the subject of colonialism, having also written Africa and the First World War (St. Martin's, 1987) and The Chiwaya War: Malawians and the First World War (Westview, 2000).
The first two volumes of the set contain the alphabetical entries as well as a section of empires' chronologies, which helps put the entries into context. Each entry includes a list of further readings, but there is no general bibliography. Entries are signed by their authors, and they include cross-references to other pertinent entries. The work also includes photographs and maps.
Смотрите также

Gale, 2004. - 685 pages. This detailed encyclopedia is the first to explore the many peoples of early European civilization. Viewed as "barbarian" through the lens of ancient Greece and Rome, these civilizations were responsible for such accomplishments as the rise of farming in the Neolithic era and the building of Stonehenge. Coverage extends from prehistoric origins through the early Middle Ages (8000 B.C. to A.D. 1000) when tribal movements...

Publisher: BRILL, 2010 - 613 p. ISBN 10: 9004185453 The volume situates itself within the growing field of research on the global social history of the World Wars. By investigating social and cultural aspects of these wars in African, South Asian and Middle Eastern societies it aims at recovering both the diversity of perspectives and their intersections. Drawing substantially on new sources such as oral accounts, propaganda material and artist...

Cambridge Univercity press, 1991. - 714 p. The companion volume to the highly successful Cambridge History of Medieval Political Thought, this book presents a comprehensive account of the development of European political thinking through the Renaissance and the Reformation to the "scientific revolution" and political upheavals of the seventeenth century. Recent decades have seen intensive historical investigation and reappraisal in this field....

Wadsworth, 2004. - 784 pages. Greer/Lewis's "A Brief History of the Western World" gives you a comprehensive view of the development of Western civilization in half the pages of other texts. Each chapter provides broad coverage of political, social, cultural, and religious themes. Review "This is the best one-volume survey of Western history that I know of. Unlike most such texts, it is truly written on the college level. It doesn't talk do...

New York: Wadsworth Publishing, 2004. - 928 p. Completely revised with your students' success in mind, Western civilization: a history of European society offers a concise overview of the social and political forces that have shaped the West. In fewer pages than other texts, Hause and Maltby's narrative presents a social history of Western civilization within the essential contexts of major military and political events. The text's strong relia...

Hodge Carl Cavanagh. Encyclopedia of the Age of Imperialism: 1800-1914

Энциклопедия
Greenwood Press, 2007. - 1016 p. In 1800, Europeans governed about one-third of the world's land surface; by the start of World War I in 1914, Europeans had imposed some form of political or economic ascendancy on over 80 percent of the globe. The basic structure of global and European politics in the twentieth century was fashioned in the previous century out of the clash of competing imperial interests and the effects, both beneficial and harm...

Cambridge Univercity press, 2011. - 1108 p. This major work of academic reference provides the first comprehensive survey of political thought in Europe, North America and Asia in the century following the French Revolution. Written by a distinguished team of international scholars, this Cambridge History is the latest in a sequence of volumes firmly established as the principal reference source for the history of political thought. In a series...