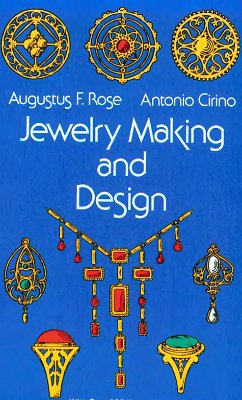 Jewellery or jewelry ( /?d?u??l?ri/) is a form of personal adoment, manifesting itself as brooches, rings, necklaces, earrings, and bracelets. Jewellery may be made from any material, usually gemstones, precious metals, beads, or shells. Factors affecting the choice of materials include cultural differences and the availability of the materials. Jewellery may be appreciated because of its material properties, its pattes, or for meaningful symbols. Jewellery differs from other items of personal adoment in that it has no other purpose than to look appealing. Items such as belts and handbags are considered to be accessories rather than jewellery.
The word jewellery is derived from the word jewel, which was anglicized from the Old French "jouel" circa the 13th century. Further tracing leads back to the Latin word "jocale", meaning plaything. Jewellery is one of the oldest forms of body adoment; recently-found 100,000-year-old beads made from Nassarius shells are thought to be the oldest known jewellery.
Jewellery is sometimes regarded as a way of showing wealth and might also possess some minimal functionality, such as holding a garment together or keeping hair in place. It has from very early times been regarded as a form of personal adoment. The first pieces of jewellery were made from natural materials, such as bone, animal teeth, shell, wood and carved stone. Some jewellery throughout the ages may have specifically been as an indication of a social group. More exotic jewellery is often for wealthier people, with its rarity increasing its value. Due to its personal nature and its indication of social class, some cultures established traditions of burying the dead with their jewellery.
Jewellery has been made to ado nearly every body part, from hairpins to toe rings and many more types of jewellery. While traditional jewellery is usually made with gemstones and precious metals, such as silver or gold, there is also a growing demand for art jewellery where design and creativity is prized above material value. In addition, there is the less costly costume jewellery, made from lower value materials and often mass-produced. Other variations include wire sculpture (wrap) jewellery, using anything from base metal wire with rock tumbled stone to precious metals and precious gemstones.
Похожие разделы