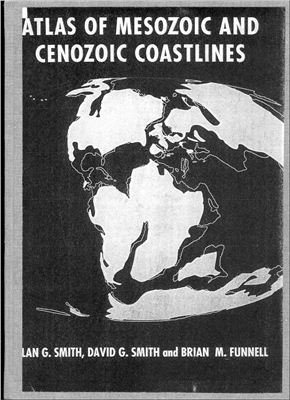 Cambridge, Cambridge University Press. 1994. p.99.
The inferred positions of global paleoshorelines through the 240 million years of the Mesozoic and Cenozoic are presented within this atlas. Thirty-one maps, generally corresponding to stratigraphic stages, provide a snapshot of the continents and their shorelines at approximately 8 million year intervals. The maps provide a representation of the gross changes in the distribution of land and sea throughout the Mesozoic and Cenozoic plotted on Mollweide projection of paleocontinental reconstructions. They do not distinguish between well and poorly defined shorelines, but the information sources are set out in a bibliography numbering more than 2000 primary paleographic references. Work up to 1980 was used in the initial compilations, and the final use additioanl unreferenced and unpublished data up to about 1987.
This a unique global compilation that presentes the first attemt at delineating global shorelines at stage level.
Похожие разделы
Смотрите также

Columbia University Press, 2005. - 328 Pages. Mammoths, Sabertooths, and Hominids takes us on a journey through 65 million years, from the aftermath of the extinction of the dinosaurs to the glacial climax of the Pleistocene epoch; from the rain forests of the Paleocene and the Eocene, with their lemur-like primates, to the harsh landscape of the Pleistocene Steppes, home to the woolly mammoth. It is also a journey through space, following the...