Handbook of Regional and Urban Economics, Volume 4: Cities and Geography by V. Henderson 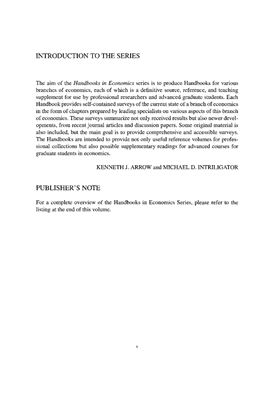 The MIT Press | 2011 | 0262016362 | 296 pages | PDF | 1 MB Lectures on Urban Economics offers a rigorous but nontechnical treatment of major topics in urban economics. To make the book accessible to a broad range of readers, the analysis is diagrammatic rather than mathematical. Although nontechnical, the book relies on rigorous economic reasoning. In contrast to the cursory theoretical development often found in other textbooks, Lectures on Urba...