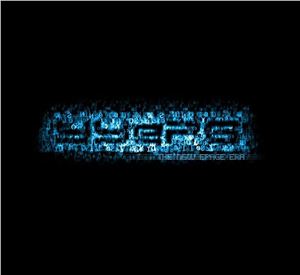 2nd revised and extended edition. - Springer, 2007. - 1917 p. From the reviews: "This handbook is more like an applications-oriented encyclopedia of the current state of the art in nanotechnology[…] the strong point is its focus on many of the practical aspects of nanotechnology. There are many illustrations, graphs, photographs, and drawing that accompany the text to clearly convey the information, and there is a very extensive reference listin...

For Dummies , 2005. - 387 p. - This title demystifies the topic for investors, business executives, and anyone interested in how molecule-sized machines and processes can transform our lives. Along with dispelling common myths, it covers nanotechnology's origins, how it will affect various industries, and the limitations it can overcome. This handy book also presents numerous applications such as scratch-proof glass, corrosion resistant paints, s...

Elsеvier Sciеnce, 2006, 750 pages Nanotechnology is no longer a merely social talking point and is beginning to affect the lives of everyone. Carbon nanotechnology as a major shaper of new nanotechnologies has evolved into a truly interdisciplinary field, which encompasses chemistry, physics, biology, medicine, materials science and engineering. This is a field in which a huge amount of literature has been generated within recent years, and th...

Publisher: Wiley, John & Sons, 1st Edition. Pub. Date: May 2003. Language: English. 400 pages. Introduction to the subject of nanotechnology written at a level such that researchers in different areas can obtain an appreciation of developments outside their present areas of expertise, and so that technical administrators and managers can obtain an overview of the subject. It is possible that such a book could be used as a text for a graduate...

William Andrew, Elsevier, 2009, 163 pages An overview of nanotechnology that encompasses scientific, technological, economic and social issues - investigating the potential of nanotechnology to transform whole sectors of industry from healthcare to energy. Jeremy Ramsden provides a blueprint for those involved in the commercialization of nanotechnology. In Applied Nanotechnology Professor Ramsden takes an integrated approach to the scientific...

Victor E. Borisenko and Stefano Ossicini What is What in the Nanoworld

A Handbook on Nanoscience and Nanotechnology, 2004 WILEY-VCH Verlag GmbH & Co. KGaA, Wcinheim The book will help undergraduate and Ph. D students, teachers, researchers and scientific managers to understand properly the language used in modern nanoscience and nanotechnol- ogy. It will also appeal to readers from outside the nanoworld community, in particular to scientific journalists

Справочник
Kluwer Academic Publishers, 2005, 731 pages Nanostructured materials take on an enormously rich variety of properties and promise exciting new advances in micromechanical, electronic, and magnetic devices as well as in molecular fabrications. The structure-composition-processing-property relationships for these sub 100 nm-sized materials can only be understood by employing an array of modern microscopy and microanalysis tools. Handbook of Micro...

Springer Science+Business Media, 2006, 522 pages Scanning electron microscopy (SEM) can be exploited not only for nanomaterials characterization but also integrated with new technologies for in-situ nanomaterials engineering and manipulation. Scanning Microscopy for Nanotechnology addresses the rapid development of these techniques for nanotechnology, in both technique and application chapters by leading practitioners. The book covers topics in...