Kizza J.M. Ethical and Social Issues in the Information Age 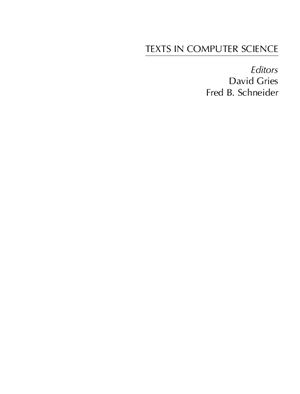 As I wrote in my second edition preface, since the publication of the second edition in 2003, there have been tremendous changes in the fields of computer science and information sciences. During this period, we have become more dependent on computer and telecommunication technology than ever before. As we, individually and as nations, become more dependent on cyberspace technology, it has itself, in tu, become a critical component of individual nations’ security infrastructures that control power grids, gas and oil storage facilities, transportation and all forms of national communication, including emergency services. This intertwining of security components with cyberspace has elevated it to an important security component for not only individuals but nations as well.
The recent rise in cyber-attacks, many of them with lightening speed, affecting millions of computers worldwide and in the process causing billions of dollars in losses to individuals and businesses, is an indication of how unprepared we are to handle such attacks not only now but also in the future. It is also a mark of the poor state of our cyberspace security policies, the cyberspace on which we have come to depend so much, and the vulnerability of us all. The fact that there are no signs yet to indicate that there is going to be a slow down in such attacks, and that nations are doing anything worth calling preventive has heightened the need for an effective strategy to produce responsible professionals who can play an active role in the fight against computer and cyber-attacks and vandalism.
As we look for such a strategy, technological development races on with new technologies that make our efforts and existing technologies on which they are based obsolete in shorter and shorter periods. For example, when I started to write the first edition in 1996, computer networking and associated computer network security were not big, the Inteet and associated dotcoms were yet to become commercialized and associated with big money, and mass global computer network attacks like Malissa, Love Boy, and Distributed Denial of Services (DDOS) were unknown.
All these illustrate the speed at which the computing environment is changing and demonstrate a need for continuous review of the computer science education in both content and pedagogy. So the focus in this edition is to address those changes. In this edition, I have made major changes in some of the chapters, reorganized others, and added new ones to bring the book update with current issues.

Harrison Mike. An introduction to business and management ethics

Введение в этику бизнеса и менеджмента - Харрисон М. Язык: английский. The purpose of this book is to provide an introduction to the language and concepts of business ethics and to show some of the benefits and challenges of applying these ideas in a practical, organisational context. This brief statement raises a number of issues, such as what is meant by ‘business ethics’, which will be addressed in the early chapters. However, we will assume...

Wiley-Blackwell, 2004. - 368 pages. The Blackwell Guide to Aesthetics is the most authoritative survey of the central issues in contemporary aesthetics available. The volume features eighteen newly commissioned papers on the evaluation of art, the interpretation of art, and many other forms of art such as literature, movies, and music.Provides a guide to the central traditional and cutting edge issues in aesthetics today.Written by a distinguis...