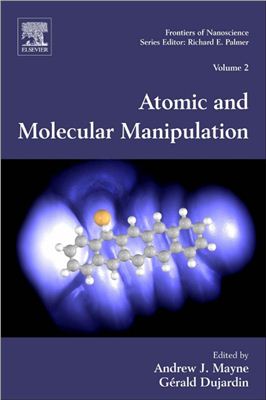 Publisher: Long man Publishing Group, 1990, 686 p. Presents a unified account of the physics of atoms and molecules at a level suitable for undergraduate courses of physics and physical chemistry. Electrons, photons and atoms The elements of quantum mechanics One-electron atoms nteraction of one-electron atoms with electromagnetic radiation One-electron atoms: fine structure, hyperfine structure and interaction with external electric and magn...

Cambridge University Press, 2001, 454 Pages This book provides a comprehensive and up-to-date account of the field of low energy positrons and positronium within atomic and molecular physics. It begins with an introduction to the field, discussing the background to low energy positron beams, and then covers topics such as total scattering cross sections, elastic scattering, positronium formation, excitation and ionization, annihilation and posi...

Springer-Verlag, Berlin, 2006, 288 pages This book supplies users with an interactive experience for nuclear visualization via a computer-graphical interface, similar in principle to the molecular visualizations already available in chemistry. Models of the Atomic Nucleus explains the nucleus in a way that makes nuclear physics as comprehensible as chemistry or cell biology. The book/software supplements virtually any of the current textbooks in...

Springer Science+Business Media, 2009, 185 pages Symmetries in Atomic Nuclei aims to present an overview of recent applications of symmetry to the description of atomic nuclei. Special care is given to a pedagogical introduction of symmetry concepts using simple examples. After a historical overview of the applications of symmetry in nuclear physics, progress in the field during the last decade is reviewed. Special emphasis is put on the intro...

Springer, Berlin, 1990, 316 pages After a brief review of quantum mechanics and a summary of conventional atomic theory, H. Friedrich discusses the structure of atomic spectra on the basis of quantum defect theory, which he deals with at a basic level. Special attention is given to highly excited states and to the influence of external fields, which can cause intricate and interesting effects in seemingly simple systems. Material on reaction the...

Publisher: Springer, Berlin, 1984, 432 Pages The theory of atom-molecule collisions is one of the basic fields in cal physics. Its most challenging part - the dynamics of chemical reactions - is as yet unresolved, but is developing very quickly. It is here a great help to have an analysis of those parts of collision theory which are already complete, a good example being the theory of atomic collisions in es specific to chemical physics. It has...

Springer-Verlag Berlin, 2008, 173 pages This book is a data book for atomic and plasma physicists. Numerical data are given for atoms, atomic processes and atomic systems along with basic concepts and simple models for atomic physics of this area. Information of the same type for elements, for example atom and ion ionization potentials, is represented in the form of periodical tables. Atomic spectra and potential curves of diatomic molecules a...