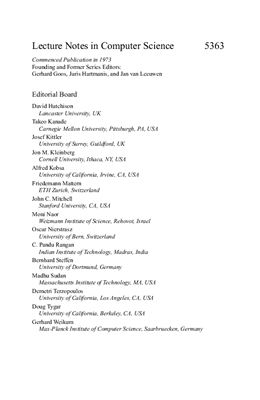 It is commonly assumed that computers process information. But what is information? In a technical, important, but nevertheless rather narrow sense, Shannon’s information theory gives a first answer to this question. This theory focuses on measuring the information content of a message. Essentially this measure is the reduction of the uncertainty obtained by receiving a message. The uncertainty of a situation of ignorance in tu is measured by entropy. This theory has had an immense impact on the technology of information storage, data compression, information transmission and coding and still is a very active domain of research.
Shannon’s theory has also attracted much interest in a more philosophic look at information, although it was readily remarked that it is only a syntactic theory of information and neglects semantic issues. Several attempts have been made in philosophy to give information theory a semantic flavor, but still mostly based on or at least linked to Shannon’s theory. Approaches to semantic information theory also very often make use of formal logic. Thereby, information is linked to reasoning, deduction and inference, as well as to decision making. Further, entropy and related measure were soon found to have important connotations with regard to statistical inference. Surely, statistical data and observation represent information, information about unknown, hidden parameters. Thus a whole branch of statistics developed around concepts of Shannon’s information theory or derived from them. Also some proper measurements appropriate for statistics, like Fisher’s information, were proposed.
Algorithmic information theory introduced by Kolmogorov, Solomonoff and Chaitin provides a new look at the concept of information. It is again basically a theory of measuring information content. Here the information content of an information object, for instance, a binary string, is measured by the length of the shortest program which computes this object. It is based on Turing machines. A main result of this approach to information is the clarification of the concept of randomness and probability. Therefore it is not too surprising that algorithmic information theory reproduces Shannon’s results although in a rather different context.
Not too long ago it was noted that information is related to questions. Information represents answers to such questions. Or it was remarked that pieces of information shed light on a given context, and that this information might possibly also be transported through channels to other contexts. The problems of questions and of information related to questions were considered by Groenendijk and Stockhoff. Further, the flow of information between different contexts was studied by Barwise and Seligman. From quite a different point of view, similar issues were captured by the Fribourg school which introduces the concept of information algebras. Pieces of information come from different sources, conce different questions, can be combined or aggregated and focused on the questions of interest. These algebraic structures also provide a rigorous foundation for a theory of uncertain information based on probability theory. Furthermore they offer sufficient conditions for efficient generic methods of inference covering diverse domains such as relational databases, probability networks, logic systems, constraint programming, discrete transforms and many more.
Under the title Information and Knowledge, research groups of the Computer Science departments of the universities of Bee, Fribourg and Neuchtel collaborated over several years on issues of logic, probability, inference and deduction. Given the different approaches to the concept of information and its basic nature, one of the traditional Muenchenwiler seminars in May 2006 was devoted to an exchange of views between experts from the different schools mentioned above. The goal was to examine whether there is some common ground between these different formal theories. The contributions of the invited participants (with the exception of Robert van Roij, who was afterwards invited to contribute) are collected in this volume. The volume editor, Giovanni Sommaruga, discusses the question of whether there are one or several concepts of information as a first attempt to summarize the results of the seminar. It is up to the reader to continue in the direction of a possible unification of the different theories.
As the organizer of the May 2006 Muenchenwiler seminar, I would like to thank the authors for their participation in the seminar, their contributions to this volume and the patience they had to exercise during the editing process. My sincere thank goes to the editor of this volume, Giovanni Sommaruga, for all the work this implied and especially for his effort to compare the different approaches to information in search of a common thread. Thanks to Cris Calude for establishing the contacts with Springer for the publication of the volume. I am grateful to Cesar Schneuwly for the final typesetting preparations. Finally I thank the Swiss National Foundation for supporting several research projects on the subject of logic and probability and information and knowledge, as well as the Swiss Confederation which supported the collaboration project between the universities of Bee, Fribourg and Neuchtel under the title of deduction and inference. The Muenchenwiler seminar of May 2006, as well as many others, and the present volume are fruits of this encouragement.

Издательство Dover Publications, 1965, -345 pp. Statistical communication theory is generally regarded as having been founded by Shannon A948) and Wiener A949), who conceived of the communication situation as one in which a signal chosen from a specified class is to be transmitted through a channel, but the output of the channel is not determined by the input. Instead, the channel is described statisti- statistically by giving a probability dist...