Linke-Diesinger A. Systems of commercial turbofan engines: an introduction to systems functions 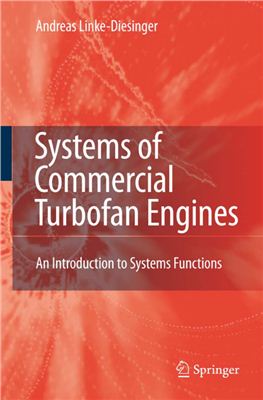 Aviation Industry Press, 2008. 164 p. (Профессиональный журнал по авиационным двигателям) The looming environmental challenge Rising to the environmental challenge Making blue skies greener Engine lessors and their role in airline development Engine insurance and liability CFM56-3C1 — past, present & future A select anniversary 4 The 777 engines are operating well, but some are winding down Growth and change in the aero-engine sup...

6th impression 2003 Motorbooks International, 1997. - 242 p. ISBN: 0-7603-0459-9 An important book for those who wish to broaden their knowledge of jet engine technology. It covers turbojet, turboprop and turbofan designs and is applicable to civilian and military usage. It begins with an overview of the main engine and fundamentals and then looks at air intakes, compressors, turbines and exhaust systems in great detail. The author is now a senio...