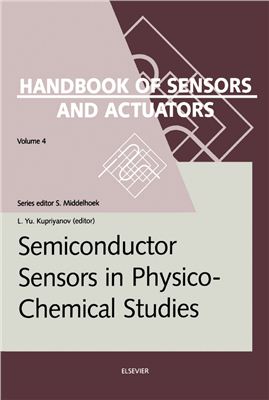 Springer-Verlag, 1993. - 478 р. These notes cover the material presented in 3 Introductory Lectures at the HERCULES course for European graduate students entitled "Neutrons and Synchrotron Radiabon for Condensed Matter Studies". This title of the course calls for an introduction where the similarities and differences between Neutron and X-ray studies are presented, and that is the overall aim of the Introductory lectures. Neutron and X-ray metho...

WILEY-VCH, 2004, 238p. A First-Principles Scheme for Calculatingv the Electronic Structure of Strongly Correlated Materials: GW+DMFT A Many-body Approach to the Electronic and Optical Properties of Copper and Silver Correlation Spectroscopy of Nano-size Materials Electron–Electron Coincidence Studies on Atomic Targets: A Review of (e,2e) and (e,3e) Experiments Studying the Details of the Electron–Electron Interaction in Solids and Surfaces Two-El...

North-Holland, Amsterdam, 1988, 399 p., (анг. яз. ) The advent of germanium and silicon detectors in the 1960's has revolutionized gamma- and X-ray spectrometry. The excellent energy resolution of these semiconductor detectors has been the basis for rapid and sometimes step-like progress. Today there is scarcely a field in natural science to which spectrometry with semiconductor detectors has not gained entry. The authors estimate that worldwide...

Cambridge University Press, 2005, Pages: 286 Electronic and photoelectron spectroscopy provides extraordinarily detailed information on the properties of molecules. This book presents the basic principles and experimental techniques employed in electronic and photoelectron spectroscopy. A major feature is the extensive use of case studies to illustrate how spectra are assigned and how information can be extracted. The text is intended for advan...

Springer-Verlag, Berlin, 2011, 323 pages The measurement and characterisation of surface topography is crucial to modern manufacturing industry. The control of areal surface structure allows a manufacturer to radically alter the functionality of a part. Examples include structuring to effect fluidics, optics, tribology, aerodynamics and biology. To control such manufacturing methods requires measurement strategies. There is now a large range of...

Resch-Genger U. (Ed.) Standardization and Quality Assurance in Fluorescence Measurements I: Techniques

Springer-Verlag Berlin, 2008, 496 pages The validation and standardization of fluorescence methods is still in its infancy as compared to other prominent analytical and bioanalytical methods. Appropriate quality assurance standards are however a prerequisite for applications in highly regulated fields such as medical diagnostics, drug development, or food analysis. For the first time, a team of recognized international experts has documented t...