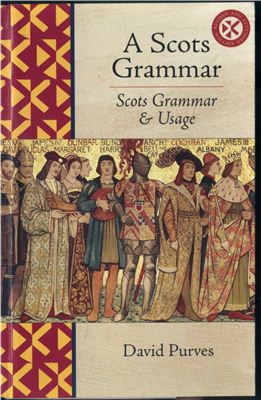 Purves presents Scots as a separate language in its own right, resisting the often prevalent notion that Scots is merely a dialect of English, and gives a coherent overview of the distinctive grammatical and idiomatic usage of Scots.

In this revised and extended edition of his controversial study, David Purves argues that Scots' lack of prestige is a direct consequence of Scotland's loss of political and economic independence. As the Scots language has always been closely related to English, the political union made it possible to represent Scots as no more than an incorrect or corrupt dialect, rather than the language of a whole people, with a special character of its own. This unique handbook demonstrates the grammatical and idiomatic features of Scots, quoting examples from literature, proverbs, songs and colloquial speech to provide an invaluable resource for teachers and students of our linguistic heritage, in the hope that speakers will gather confidence and bring the language into serious use for the people of Scotland in this new millennium. The author applies the principles of the Scots Language Society Recommendations for Writers in Scots.
Смотрите также

Alice Rose Gaby. A Grammar of Kuuk Thaayorre. Melbourne. 2006. 649 p. This thesis is a comprehensive description of Kuuk Thaayorre, a Paman language spoken on the west coast of Cape York Peninsula, Australia. On the basis of elicited data, narrative and semi-spontaneous conversation recorded between 2002 and 2005, this grammar details the phonetics and phonology, morphosyntax, lexical and constructional semantics and pragmatics of one of the few...

Grant W. , Dixon M.N. Manual of Modern Scots. - Cambridge University Press, 1921. - 500 p. The book is divided into three parts. Part I describes the sounds of Modern Scots with examples of their use written in the alphabet of the International Phonetic Association. Part II contrasts Scots Grammar with Standard English usage and gives copious illustrations from Modern Scottish Literature. Part III consists of a series of extracts from Modern Sc...

Shanghai, American Presbyterian Mission Press, 1892, - 53 p. There is as yet no grammar of the Manchu language in English. Wylie's translation of Tsing Wen Ki Mung (????), Shanghai, 1855, a kind of Manchu hand-book for the use for Chinese, though useful and full of interest, is by no means a grammar.

William McGregor. (1990). A Functional Grammar of Gooniyandi (Studies in Language Companion Series). This volume sets out to provide a comprehensive description of the grammar of Gooniyandi, a non-Pama-Nyungan language of the southern-central Kimberley region of Western Australia. It covers phonetics and phonology, word phrase and clause structure, and the semantics of closed-class grammatical items. The major focus is, however, on meaning: how...