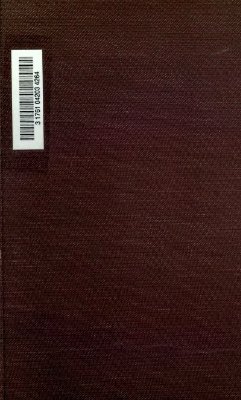 
The book is divided into three parts. Part I describes the sounds of Mode Scots with examples of their use written in the alphabet of the Inteational Phonetic Association. Part II contrasts Scots Grammar with Standard English usage and gives copious illustrations from Mode Scottish Literature. Part III consists of a series of extracts from Mode Scots writers and a selection of ballads and songs with phonetic transcriptions. Most of these transcriptions are in Standard Scottish Speech (see Introduction, p. xxi); Extracts XII A, XIII A, XVI A, XVII A, IX B, XIV B, may be described as Standard Scottish with local colour; Extracts VII A, XIV A, XX A, XXII A, XXIV A, are intended to represent the exact speech of definite sub-dialects.
Смотрите также

(автор неизвестен) Corps Foreign Language Training Center, 367 p. Tamil (?????) is a classical language and one of the major languages of the Dravidian language family. Spoken predominantly by Tamils in India, Sri Lanka, Malaysia, and Singapore, it has smaller communities of speakers in many other countries, with over 74 million speakers worldwide. It is one of the official languages of India, Singapore and Sri Lanka. Tamil is one of the...

Saltire Society, 2002. - 160 pages. English/Scottish Purves presents Scots as a separate language in its own right, resisting the often prevalent notion that Scots is merely a dialect of English, and gives a coherent overview of the distinctive grammatical and idiomatic usage of Scots. In this revised and extended edition of his controversial study, David Purves argues that Scots' lack of prestige is a direct consequence of Scotland's loss of...

Refsing, K. The Ainu language: the morphology and syntax of the Shizunai dialect

Refsing, Kirsten (1986). The Ainu language: the morphology and syntax of the Shizunai dialect. Aarhus: Aarhus University Press, 301 pp. The Ainu Language is organized into two major sections. Part I, "Introduction", is an excellent overview and summary of the previous work on the Ainu language, from the earliest seventeenth-centuryr eferences, to the pioneering works of Kindaichi and Chiri, and to the modern, postwar research by Japanese linguis...

Словарь
De Gruyter, 2010. - 599 p. About this Title * Includes words discovered in recent decades * Complete reference list of all verified sources * Reverse keyword index * Definitions in German and English (can be used by both German-speaking and English-speaking researchers) The vocabulary from the beginning of the Low German language, the period of Old Saxon, has not been captured in a modern lexicon. This dictionary provides the complete voca...

Yates W.G. , Sayasithsena S. Lao Basic Course, Volume 1. - Washington: Foreign Service Institute, 1970. - 449 p. This book comprises a "set of guidelines for conversational interplay between students and their native-speaking Lao instructor. " A student who successfully completes the course should be able to order a simple meal, ask for a room in a hotel, ask and give street directions, tell time, handle travel requirements, and use expressions...