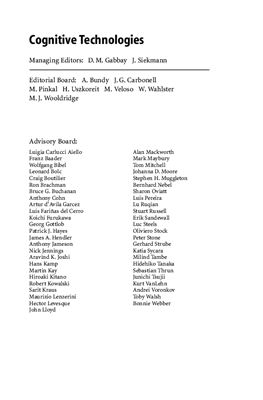 For about 25 years research and development projects in the area of human-computer interaction (HCI) have been pursued with the objective to adapt the communication and interaction with the machine to the needs of the human user, and not vice versa. But it was only within the past ten years that significant and substantial progress in the practical realization of the results in this area was achieved with the development of individual forms of interaction like speech processing or visualization. The resulting question, then, was whether it is possible to develop easy-to-use multimodal user interfaces with an attractive market potential.
This was the starting point for the inter-disciplinary research activities in human-computer interaction conducted by six large strategic cooperative projects with 102 partners from science and industry. In 1999, these six so-called lead projects came out ahead of 89 proposals overall in an ideas competition launched by the German federal govement. These recently finished research projects were supposed to allow human users in both their private and professional environments to multimodally control and diversely use technical systems via natural modalities of interaction like speech, gestures, facial expressions, tactile and graphical input. Ergonomics and user acceptance of these forms of interaction were the key criteria for the development of prototypes that were supposed to have both a strong scientific attractiveness and a high market potential.
One of these lead projects is SMARTKOM. Coordinated by the German Research Center for Artificial Intelligence in Saarbr?cken, a consortium of four well-known industrial companies, two small companies and two middle-sized ones, one research institute and three universities was formed. The objective of SMARTKOM was to conduct fundamental research in the area of robust multimodal interaction under realistic conditions, i.e., interaction has to be possible even if the input is underspecified, ambiguous or partially incorrect. The basic idea was to consider and integrate several modes of interaction — in addition to speech especially gestures and facial expressions — instead of only a single modality, and thereby to achieve a substantially better interpretation of the user’s intention. This assessment has been confirmed at inteational conferences worldwide. Thanks to the dedication of all project partVI ners SMARTKOM’s ambitious objectives have been more than accomplished, as for instance:
the situation-dependent recognition of underspecified, ambiguous or partially incorrect input on both a syntactic and a pragmatic level was demonstrated successfully,
a multimodal semantic representation language was developed (M3L) that substantially contributes to a worldwide standardization, and last but not least
speech-based dialogic Web services for car drivers and pedestrians were developed.
Moreover, the know-how gained in the project was protected for the German economy through 52 patent applications, 29 spin-off products and six spin-off companies so far. In the scientific area, the SMARTKOM project resulted in 255 publications, 66 diploma theses, Ph.D. and habilitation theses, State doctorates as well as six appointments to professorships. This makes SMARTKOM the most successful of all 29 lead projects of the Federal Ministry of Education and Research started since 1998. SMARTKOM was funded with 16.8 million e between September 1999 and September 2003. The overall financial means including the matching funds from industry amounted to 25.7 million €.
This book provides a comprehensive overview of the broad spectrum of results of the research conducted in SMARTKOM. I thank and give credit to everyone involved in the project but especially to Professor Wolfgang Wahlster’s professional project management and his competent scientific leadership of the distinguished team of researchers.