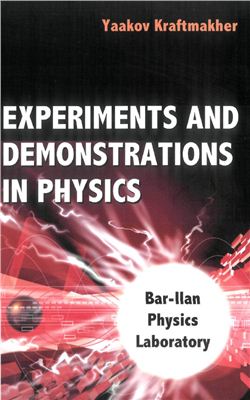 Franklin A. The Neglect of Experiment

Cambridge University Press , 1989, 290 Pages What role have experiments played, and should they play, in physics? How does one come to believe rationally in experimental results? The Neglect of Experiment attempts to provide answers to both of these questions. Professor Franklin's approach combines the detailed study of four episodes in the history of twentieth century physics with an examination of some of the philosophical issues involved. Th...

ThermoMicroscopes. 2000. p. 80 This booklet was written to help to learn about SPMs, a process that should begin with a thorough understanding of the basics. Issues covered in this booklet range from fundamental physics of SPMs to their practical capabilities and instrumentation. Examples of applications are included throughout the text, and several application-specific articles are listed at the end of each chapter.

Lohmann B. Angle and Spin Resolved Auger Emission: Theory and Applications to Atoms and Molecules

Springer-Verlag Berlin, 2009, 335 pages Angle and spin resolved Auger emission physics deals with the theoretical and numerical description, analysis and interpretation of such types of experiments on free atoms and molecules. This monograph derives the general theory applying the density matrix formalism and, in terms of irreducible tensorial sets, so called state multipoles and order parameters, for parameterizing the atomic and molecular sy...

Berkeley: Stanley-Taylor Company, 1908, 196 p. This book is primarily intended as a text-book in physical measurements and a laboratory manual for second year students in physics at the University of California. At this institution there is offered to first year students a laboratory course in mechanics, properties of matter, and heat. The subjects considered in this book are therefore Sound, Light, Electricity, and Magnetism. The experiments he...

Oxford University Press, 2008 - 489 p. This book is written primarily for physicists who device new detectors and bring them into operation. It includes basic discussions of amplifiers, circuits, and electronic noise that are familiar to engineers, but not covered in a typical physics curriculum.

Academic Press Inc, 1962. - 775 pages. With the presentation of this volume on molecular physics we reach just about the half-way mark in the publication of our series on experimental physics. This occasion gives me a chance to review briefly the present status of the whole series and the expectations for finishing the Nuclear Physics, 5A, is going job. First of all the companion volume to I sincerely hope to come out soon. The manuscripts are c...

7th edition, Brooks/ Cole, 2010, 524 pages This market-leading manual for the first-year physics laboratory course offers a wide range of class-tested experiments designed specifically for use in small to mid-size lab programs. A series of integrated experiments emphasizes the use of computerized instrumentation and includes a set of "computer-assisted experiments" to allow students and instructors to gain experience with modern equipment. This...