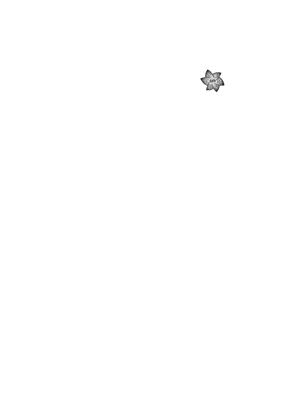 This book originated from an introductory lecture course on dynamical systems given by the author for advanced students in mathematics and physics at ETH Zurich. The first part centers around unstable and chaotic phenomena caused by the occurrence of homoclinic points. The existence of homoclinic points complicates the orbit structure considerably and gives rise to invariant hyperbolic sets nearby. The orbit structure in such sets is analyzed by means of the shadowing lemma, whose proof is based on the contraction principle. This lemma is also used to prove S. Smale's theorem about the embedding of Beoulli systems near homoclinic orbits. The chaotic behavior is illustrated in the simple mechanical model of a periodically perturbed mathematical pendulum. The second part of the book is devoted to Hamiltonian systems. The Hamiltonian formalism is developed in the elegant language of the exterior calculus. The theorem of V. Aold and R. Jost shows that the solutions of Hamiltonian systems which possess sufficiently many integrals of motion can be written down explicitly and for all times. The existence proofs of global periodic orbits of Hamiltonian systems on symplectic manifolds are based on a variational principle for the old action functional of classical mechanics. The necessary tools from variational calculus are developed. There is an intimate relation between the periodic orbits of Hamiltonian systems and a class of symplectic invariants called symplectic capacities. From these symplectic invariants one derives surprising symplectic rigidity phenomena. This allows a first glimpse of the fast developing new field of symplectic topology. A publication of the European Mathematical Society (EMS). Distributed within the Americas by the American Mathematical Society.
Похожие разделы
Смотрите также

Springer, 2010. - 344 pages. Over the last four decades there has been extensive development in the theory of dynamical systems. This book aims at a wide audience where the first four chapters have been used for an undergraduate course in Dynamical Systems. Material from the last two chapters and from the appendices has been used quite a lot for master and PhD courses. All chapters are concluded by an exercise section. The book is also directed...

Princeton University Press, 2008. - 976 pages. Nonlinear Dynamical Systems and Control presents and develops an extensive treatment of stability analysis and control design of nonlinear dynamical systems, with an emphasis on Lyapunov-based methods. Dynamical system theory lies at the heart of mathematical sciences and engineering. The application of dynamical systems has crossed interdisciplinary boundaries from chemistry to biochemistry to chem...

Название: Hirsch M. ,Smale S. , Devaney R. , Differential Equations, Dynamical Systems, and an Introduction to Chaos. Издательство: Academic. Год: 2003. ISBN: 0123497035. Thirty years in the making, this revised text by three of the world's leading mathematicians covers the dynamical aspects of ordinary differential equations. it explores the relations between dynamical systems and certain fields outside pure mathematics, and has become the stand...

World Scientific Publishing, 1992, 454 pages. This book is based on a graduate course for scientists and engineers. The author's style is clear, formulations of mathematical results are precise. The book helps the reader to create a good global picture of the theory of dynamical systems. The author has gathered a considerable number of facts about dynamical systems in this book, including almost 1000 references, so that it can also serve as a ha...

Springer, 1991. - 178 Pages. Limit cycles or, more general, periodic solutions of nonlinear dynamical systems occur in many different fields of application. Although, there is extensive literature on periodic solutions, in particular on existence theorems, the connection to physical and technical applications needs to be improved. The bifurcation behavior of periodic solutions by means of parameter variations plays an important role in transitio...

Academic Press, 1989. - 187 Pages. The study of differentiate dynamical systems — differentiate dynamics — has been one of the most successful fields of mathematical research in the last twenty years. Many profound results have been uncovered and applied to other branches of mathematics as well as to the natural sciences. The explosive development of the subject has unfortunately led to a fragmentation into different subfields, to which it is be...

Springer, 2003. - 808 pages. This volume is intended for advanced undergraduate or first-year graduate students as an introduction to applied nonlinear dynamics and chaos. The author has placed emphasis on teaching the techniques and ideas that will enable students to take specific dynamical systems and obtain some quantitative information about the behavior of these systems. He has included the basic core material that is necessary for higher l...