A Guide to Translation (Dzongkha) 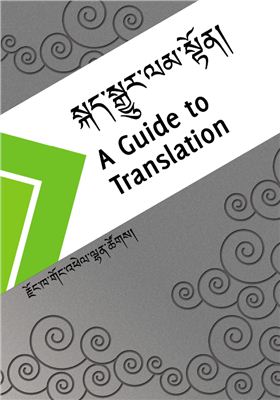 Dzongkha Development Commission, 2011, 59 p.
ISBN 978-99936-15-04-0 В книге рассматриваются особенности перевода текстов на языке дзонг-кэ. Linguistically, Dzongkha is a South Tibetan language. It is closely related to and partially intelligible with Sikkimese and to some other Bhutanese languages. It has a much more distant relationship to standard mode Central Tibetan. Although spoken Dzongkha and Tibetan are largely mutually unintelligible, the literary forms of both are both highly influenced by the liturgical (clerical) Classical Tibetan language, known in Bhutan as Chöke, which has been used for centuries by Buddhist monks.
Похожие разделы