The Evolution of the Devanagari Script 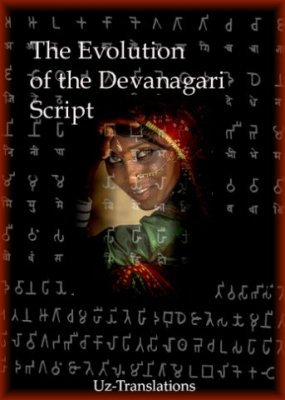 Some papers on Devanagari script evolution.
The first paper is a lecture by Asko Parpola, titled "Study of the Indus Script", with some photographs of inscriptions in ancient script.
The second paper, by Michael Noonan, bears the title "Recent Adaptions of the Devanagari Script for the
Tibeto-Burman Languages of Nepal" and, as you can guess, it briefly state the problems encountered when trying to use Devanagari script to write Tibeto-Burman languages.
Finally, the interesting "The Evolution of the Devanagari Script", by Shankar Man Rajbanshi, written in what I think is Nepali, but including tables with alphabets and signs used in the pre-Devanagari stages.
Похожие разделы
Смотрите также

Giv?n T. The Evolution of Language out of Pre-language

Giv?n T. The Evolution of Language out of Pre-language. John Benjamins Publishing Company. Amsterdam / Philadelphia. 2002 394 p. Volumes in this series will be functionally and typologically oriented, covering specific topics in language by collecting together data from a wide variety of languages and language typologies. The orientation of the volumes will be substantive rather than formal, with the aim of investigating universals of human lang...

Словарь
Publication date: 2000. Number of pages: 61. This dictionary has been a long time in the making. I started working on the Thami language, called Thangmi by the people who speak it, in 1996. When I started I knew nothing about the language or the ethnic community of its speakers, and was surprised to discover that few other scholars of Nepal knew much either. As I got to know Thangmi speakers in the Dolakha and Sindhupalcok districts of central-e...