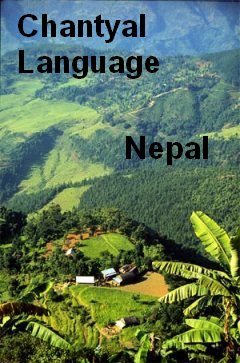 The Chantyal people are a relatively small ethnic group, numbering no more than 10,
000. They can be divided into two groups, the Myagdi Chantyal and the Baglung Chantyal, named for the districts they inhabit within the Dhaulagiri Zone of central Nepal. Until the recent immigration to towns and cities, the interaction between the two groups was, in general, quite limited. The Baglung Chantyal ceased to speak the Chantyal language some time in the 19th century and now know only the national language, Nepali; the majority of the Myagdi Chantyal continue to speak Chantyal in their home villages. There are approximately 2000 or so who still speak the Chantyal language.
Похожие разделы
Смотрите также

(автор неизвестен) Peace Corps Vanuatu, 2010. - 20 p. Bislama is the national language of the Republic of Vanuatu. It is a pidgin derived from English, French and indigenous languages that is spoken throughout the country as the lingua franca; a common tongue which enables communication between the many different language communities of Vanuatu. There are more than one hundred recognized languages spoken in Vanuatu by the approximately 220, 00...

Foley, William A. The Papuan languages of New Guinea

Giv?n T. The Evolution of Language out of Pre-language

Giv?n T. The Evolution of Language out of Pre-language. John Benjamins Publishing Company. Amsterdam / Philadelphia. 2002 394 p. Volumes in this series will be functionally and typologically oriented, covering specific topics in language by collecting together data from a wide variety of languages and language typologies. The orientation of the volumes will be substantive rather than formal, with the aim of investigating universals of human lang...

Hoshino Tatsuo, Marcus Russell. Lao for beginners - An introduction to the spoken and written language of Laos

Tuttle Language Library 1995 Lao for Beginners is designed for either self-study or classroom use. It teaches all four language skills - speaking, listening (when used in conjunction with the audio), reading and writing ; and offers clear, easy, step-by-step instruction building on what has been previously learned. There is an audio version that follows the book. Three casettes or three CDs are available separately.

(автор неизвестен) Corps Foreign Language Training Center, 367 p. Tamil (?????) is a classical language and one of the major languages of the Dravidian language family. Spoken predominantly by Tamils in India, Sri Lanka, Malaysia, and Singapore, it has smaller communities of speakers in many other countries, with over 74 million speakers worldwide. It is one of the official languages of India, Singapore and Sri Lanka. Tamil is one of the...

Refsing, K. The Ainu language: the morphology and syntax of the Shizunai dialect

Refsing, Kirsten (1986). The Ainu language: the morphology and syntax of the Shizunai dialect. Aarhus: Aarhus University Press, 301 pp. The Ainu Language is organized into two major sections. Part I, "Introduction", is an excellent overview and summary of the previous work on the Ainu language, from the earliest seventeenth-centuryr eferences, to the pioneering works of Kindaichi and Chiri, and to the modern, postwar research by Japanese linguis...

Sircar D. Ch. A Grammar of the Prakrit Language

University of Calcutta, 1943. - 138 p. The aim of the author is principally to introduce the Prakrit language to students who have to study the epigraphs written in that language. An attempt has been made in these pages to describe Prakrit as it was known to the earlier grammarians Vararuchi, Katyayana and Bhamaha, with special reference to Pali, Epigraphic Prakrit and the works of such medieval authorities as Hemachandra and Purushottama.

The Complete Idiots Guide to Learning Sign Language on Your Own

Alpha | 2003. You're no idiot, of course. You studied a foreign language, you can give good hand signals to a driver parallel parking, and you know when your boss is in a bad mood based on body language. But when it comes to using sign language, you feel like you're all thumbs. Don't throw up your hands yet! When you finish reading The Complete Idiot's Guide to Learning Sign Language, you'll have enough knowledge of the basic sign handshapes, gra...

The Evolution of the Devanagari Script

Author: VV.AA. Publisher: uztranslations. Publication date: 2009. Number of pages: 157. Some papers on Devanagari script evolution. The first paper is a lecture by Asko Parpola, titled "Study of the Indus Script", with some photographs of inscriptions in ancient script. The second paper, by Michael Noonan, bears the title "Recent Adaptions of the Devanagari Script for the Tibeto-Burman Languages of Nepal" and, as you can guess, it briefly state...