Bell B. Minimus Secundus: Moving on in Latin 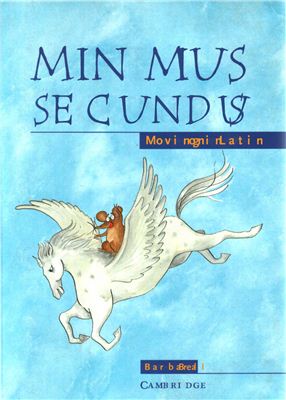 Minimus Secundus is the sequel to the unique and successful Primary Latin book, Minimus. Continuing the precedent set by Minimus, Minimus Secundus combines the comprehensive teaching of Latin vocabulary and grammar with a fascinating look at the culture of Roman Britain. Minimus the mouse accompanies characters based on a real family who lived in AD 105, and invites us to witness their day-to-day lives, customs and events, whilst building on the Latin language. Roman and Greek myths are also intertwined in the family's story, as are photos of genuine Roman artefacts discovered recently in archaelogical digs. Opportunities to expand on class work and further practice of grammatical structures is provided on photocopiable worksheets. English language work is also supported, with regular identification of Latin roots to explain the meanings of mode English words.
Смотрите также

Bell B. Minimus I - Starting out in Latin

Bell B. Minimus I - Starting out in Latin. - Cambridge University Press, 2000. - 82 p. ISBN: 0521659604 This elementary Latin course for 7-10 year olds combines a basic introduction to the Latin language with material on the history and culture of Roman Britain. Highly illustrated, the book contains a mixture of stories and myths, grammar explanations and exercises, and background cultural information. Pupils are drawn into the material as they...