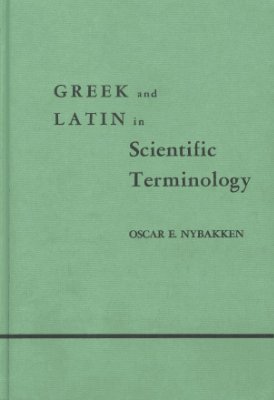 This book, in its broader aspect, deals with the subject of communication in science. In its narrower aspect, and most particularly, however, the book deals with the role of the Greek and Latin languages in the construction of the technical terms, names, and specific epithets used in the medical and biological sciences. Some consideration is given to a few of the more common linguistic and practical factors that relate to the structure, meaning, and pronunciation of scientific terms. The scope and arrangement of its contents are such that the book may be used for supplementary work in courses in language or in science, or it may be used as a textbook for a special course in the derivation of technical terms of science and medicine.
Смотрите также

Bell B. Minimus Secundus: Moving on in Latin

Bell B. Minimus Secundus: Moving on in Latin. - Cambridge University Press, 2004. - 98 p. ISBN: 052175545X Minimus Secundus is the sequel to the unique and successful Primary Latin book, Minimus. Continuing the precedent set by Minimus, Minimus Secundus combines the comprehensive teaching of Latin vocabulary and grammar with a fascinating look at the culture of Roman Britain. Minimus the mouse accompanies characters based on a real family who...